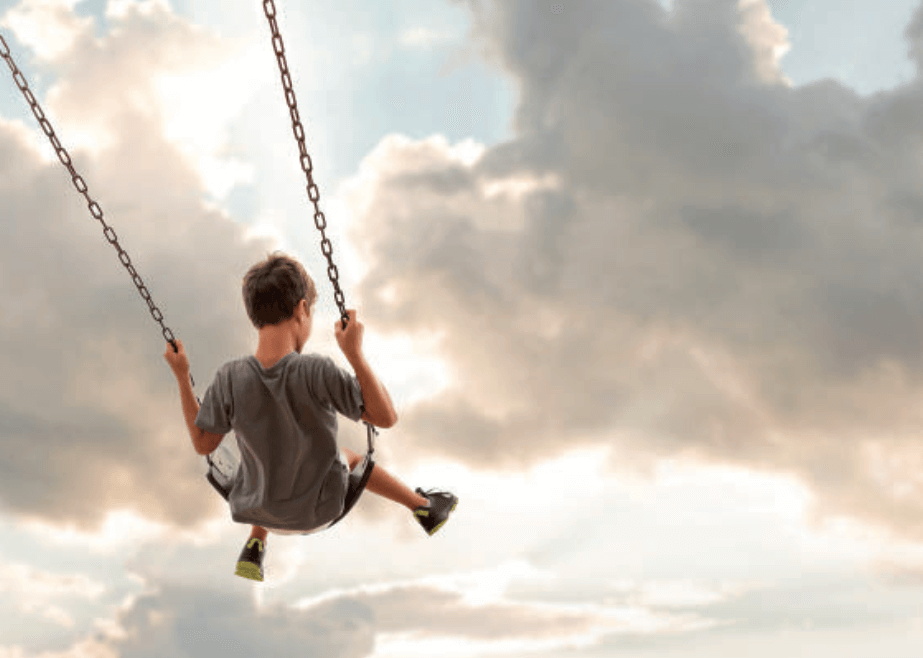 It’s rare, but some children with autism spectrum disorder lose their symptoms. Psychologists are exploring why, and how these children fare long term.

As a young psychologist in the 1970s, Deborah Fein, PhD, became fascinated by a clinical mystery: A few of her patients with autism spectrum disorder (ASD) who at age 2 had exhibited classic signs of the disorder— hand flapping, repetitive behaviors and lack of direct eye gaze, for example—were symptom-free by age 7. As time went on, she saw more of these cases, and in 2014, she was the first to demonstrate empirically that young people who had lost the diagnosis— who no longer exhibited basic clinical markers of the disorder —tested about the same as typically developing young people on socialization, communication, face recognition and most aspects of language (Journal of Child Psychology and Psychiatry, Vol. 54, No. 2, 2014). “Some of these kids just did better and better, particularly those who had received intensive treatment starting at an early age,” says Fein, a professor of psychology at the University of Connecticut. Since then, it has become clearer that a small subset of children do, clinically speaking, lose the ASD diagnosis ranging from 3 percent to 25 percent of young people initially diagnosed with the disorder, according to research. A prospective longitudinal study of 85 young people by Deborah K. Anderson, PhD, then of Weill Cornell Medical College, and colleagues found that 9 percent of those initially diagnosed with ASD at age 2 were symptom-free by age 19 (Journal of Child Psychology and Psychiatry, Vol. 55, No. 5, 2014), and a large-scale retrospective parent survey headed by Stephen J. Blumberg, PhD, of the U.S. National Center for Health Statistics, found a rate of about 13 percent (Autism, Vol. 20, No. 7, 2016). Now, Fein and others are discovering more about this phenomenon: How might these young people lose the diagnosis? Do they continue to be symptom-free over time? The answers are of keen interest not just to researchers but also to parents who wish the same for their own children. The research comes at a time of other rapid changes and discoveries in the ASD field, including progress on finding potential genetic and neurodevelopmental underpinnings of the disorder (see research by Fred Gage, PhD, of the Salk Institute and colleagues reported in Nature Neuroscience, online, Jan. 7, 2019, and 11 related papers published in 2018 in Science, Science Advances and Science Translational Medicine, for example). Although there is much more to be discovered about what is happening with children who lose ASD symptoms, research on them is helping to better map the trajectory of ASD in ways that can inform treatment for all of those who start out with the disorder, including those who retain symptoms, says Lisa Gilotty, PhD, chief of the Research Program on Autism Spectrum Disorders at the National Institute of Mental Health (NIMH). “It’s an important step toward better understanding the brain and behavioral changes from childhood through young adulthood for individuals with autism spectrum disorder, including those who eventually lose the diagnosis,” Gilotty says.

INTERVENTIONS While Fein still cannot predict which children might lose an ASD diagnosis, there are certainly clues as to why some do. One is that those with ASD who go on to function well—whether they have lost the diagnosis or not—start out with higher IQs, better language skills, fewer repetitive behaviors and greater ability to engage in imaginary or symbolic play than other children with ASD (Journal of Child Psychology and Psychiatry, Vol. 48, No. 8, 2007). Another is suggested by something Fein and others had noticed before Fein’s 2014 study: Many children who appeared to lose the ASD diagnosis developed attention problems, including attention-deficit hyperactivity disorder (see a brief report by Fein and colleagues in the Journal of Autism and Developmental Disorders, Vol. 35, No. 4, 2005, and an article by Michele Zappella, MD, in Infanto-Revista de Neuro psiquiatria da Infância e Adolescência, Vol. 7, No. 2, 1999). Hence, symptoms might not vanish without a trace, but rather morph into something else. To examine that possibility, University of Connecticut associate professor Inge- Marie Eigsti, PhD, Fein and colleagues used fMRI to examine brain activity in 23 participants with high-functioning ASD, 16 participants who had lost the diagnosis and 20 typically developing controls, as they performed a sentencecomprehension task. The researchers found that participants who were symptom-free and their peers with ASD showed activation in some of the same brain areas, areas that were not activated in their typically developing peers. The symptom-free participants also showed areas of activation in both brain hemispheres that weren’t activated in either the ASD participants or in typically developing participants (Neuro- Image: Clinical, Vol. 10, 2016). Together, these findings suggest that the symptom-free participants’ brains were recruiting new areas to overcome their language problems, says Fein. “We initially thought that if they received very early intervention, that maybe their brains would normalize the way they processed language,” she notes. “But this looked much more in favor of a compensatory mechanism.” Research also suggests that interventions, especially those given early and intensively, can make a major difference in reducing or eliminating symptoms. One intervention with good success is the Early Start Denver Model, or ESDM, first developed in 2001 by Geraldine Dawson, PhD, of Duke University, and Sally J. Rogers, PhD, of the University of California, Davis. In this model, trained therapists use normal play and other activities in everyday settings to encourage children to increase their language, social and cognitive skills. According to a review of 15 evaluations of ESDM by Hannah Waddington, PhD, of Victoria University of Wellington in New Zealand, and colleagues, the model leads to gains for children in domains including behavioral functioning and development, social interaction and communication skills, as well as positive benefits for parents and therapists, though the researchers note that more high-quality studies are needed (Review Journal of Autism and Developmental Disorders, Vol. 3, Issue 2, 2016). Another successful intervention is applied behavioral analysis, or ABA, first developed in the 1970s by then-University of California, Los Angeles psychologists Ivar Lovaas, PhD, and Robert Koegel, PhD. While the original method is no longer used (it included the use of aversive techniques), newer forms of the intervention, such as early intensive behavioral intervention, or EIBI, reward children for learning positive behaviors and skills. A study by Alyssa Orinstein, PhD, then at the University of Connecticut and now at the Boston University School of Medicine, Fein and colleagues found, for example, that while 7 percent of children who maintained ASD symptoms had received intensive ABA between ages 2 and 3, 56 percent of children who had lost the diagnosis had received the therapy (Journal of Developmental & Behavioral Pediatrics, Vol. 35, No. 4, 2014).

Given that early interventions appear to help children with ASD, researchers are also working on ways to assess children earlier and more accurately. Psychologist Diana L. Robins, PhD, head of the research program in early detection and intervention for ASD at the A.J. Drexel Autism Institute in Philadelphia, for instance, has developed, validated and refined the widely used Modified Checklist for Autism in Toddlers, Revised with Follow-Up. Her team showed it can accurately diagnose children by age 2, about two years earlier than the median age of diagnosis reported by the Centers for Disease Control and Prevention (Pediatrics, Vol. 133, No. 1, 2014). Meanwhile, an instrument called the Early Skills Assessment Tool, or ESAT, developed by psychologist Rebecca P.F. MacDonald, PhD, of the New England Center for Children in Southborough, Massachusetts, uses repeated observations of cognitive and social skills relevant to ASD—including play behaviors and joint attention, or the ability to share the focus on an object with another person— to capture changes in behavior. In a study reported in Research in Developmental Disabilities (Vol. 35, No. 12, 2014), MacDonald and colleagues found that of 83 young children initially diagnosed with autism and placed in an EIBI program, all showed significant improvements on the ESAT, with children who entered treatment before their second birthdays showing the greatest gains. In another promising development, investigators Warren R. Jones, PhD, and Ami Klin, PhD, of Emory University’s Marcus Autism Center are developing an eye-tracking methodology to potentially detect ASD at very young ages, a technology that is currently being tested in a clinical trial sponsored by the Marcus Foundation and Children’s Healthcare of Atlanta. That work is partially based on prospective research by the team showing that at 2 months, infants who later developed ASD were similar to other babies who did not develop the disorder in their ability to visually engage with their caregivers, but that between 2 and 6 months, significant divergences emerged between the two groups of infants that increased with age. The researchers and their colleagues also demonstrated a genetic basis for the phenomenon (Nature, Vol. 504, No. 7480, 2013; Nature, Vol. 547, letter, July 20, 2017). Because good interventions can be expensive—costing up to $70,000 per child, per year— applied investigators are also developing parent-training versions of their protocols. Rogers and colleagues, for example, have created versions of ESDM that parents can learn to use for everyday situations, such as helping children learn to take turns—a crucial skill for connecting with others. Similarly, Fein and colleagues have written an activity book for parents of very young children at risk for ASD, “The Activity Kit for Babies and Toddlers at Risk: How to Use Everyday Routines to Build Social and Communication Skills.” And Fein is testing web-based resources that teach parents basic behavioral principles and help them decide what to work on and how. Now, Drexel University psychologist and assistant professor Giacomo Vivanti, PhD, is developing a more affordable version of ESDM that can be used in small-group settings, including preschools or childcare centers. “Most families don’t have the resources to pay out of pocket for intensive one-on-one therapy,” Rogers says, “so this could be a huge public health improvement.”

Researchers also want to know how the children who lose their ASD symptoms fare over time as they face the more complex social and executive-function demands of being in college, finding and keeping a job or having adult relationships. To find out, Fein and Eigsti are beginning a five-year study funded by NIMH to see how the symptom-free participants from their original study are faring in young adulthood compared with the young people who remained symptomatic and the typically developing controls. In addition to testing the young people’s cognition and language skills, the team will ask about real-world factors such as employment and relationships. They will also replicate the brain- imaging work to see if the symptom-free participants’ brain activity continues to show compensatory activity, and how different patterns of activation relate to current functioning. As this research progresses, psychologists continue to emphasize that losing all autism symptoms is rare, and that even if symptoms disappear, these children may retain underlying brain differences that can present ongoing challenges. As a result, the focus of treatment should be on helping these young people function to the full extent of their abilities, including into adulthood, Rogers says. She points to a 9-year-old boy who received intensive intervention early and lost his external ASD symptoms. The boy loves sports, hobbies and being with his friends, and is highly talented in computer science. While most people simply see him as a bright, charming boy, says Rogers, those gains are at least partly the result of intensive therapy. And a closer look at his behavior suggests subtle differences from typically developing children. While he’s functioning at a high level, she says, “it’s not like a magic wand has been waved, and all of the things that made him uniquely who he is have disappeared.” 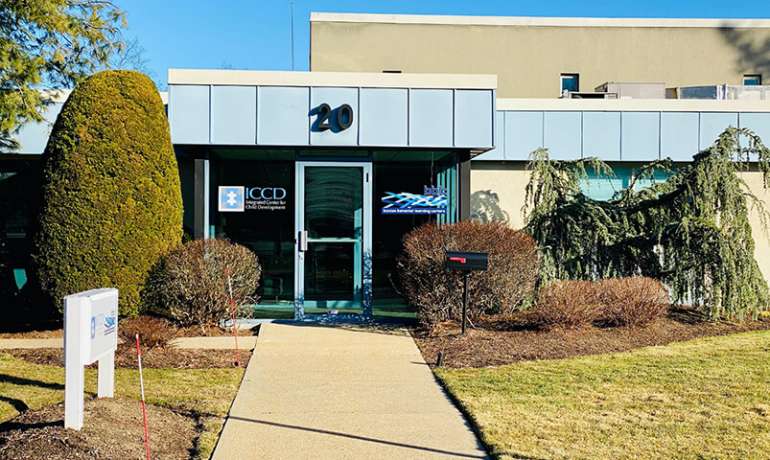 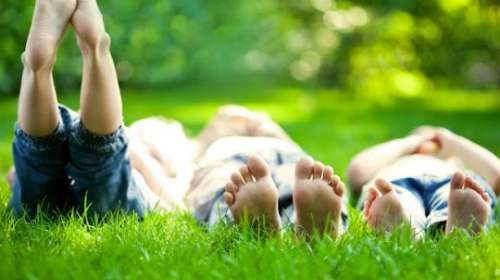 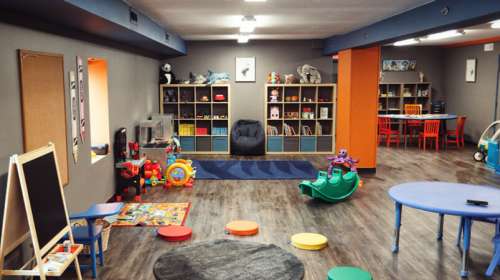